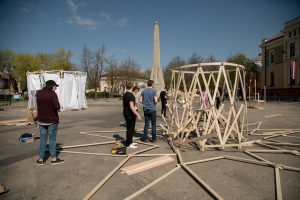 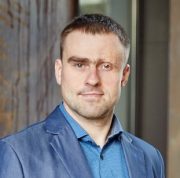 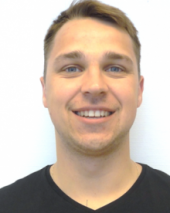 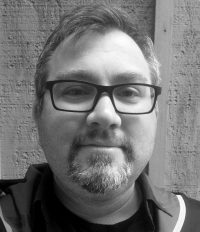 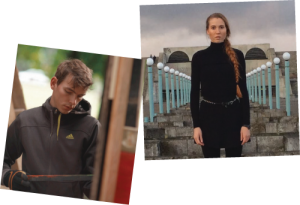 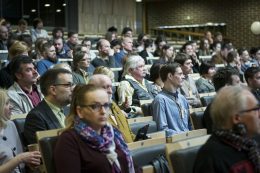 Egnahemsfabriken – our factory for communal self building

Erik is a Swedish self-builder and an educated architect, partner of a studio in Gothenburg called Inobi. Professionally, he focuses on the development of eco-villages and projects with good “social metabolism” and resilience. He divides his time between Inobi and Egnahemsfabriken , where I am co-chair and project manager together with Tinna Harling, as well as other non-profit commitments at local and national level. He has been an activist in democratic co-building since 2004, now being a member of the board of the Swedish Association of Building Communities.

Egnahemsfabriken Tjörn is an innovation project in collaboration between civil society, business and the municipality of Tjörn with the goal of creating more ways for more people to own homes,and establishing a cross-disciplinary meeting place around construction and design on Tjörn.

I will describe the philosophy and practices followed at Egnahemsfabriken, and show you a bit about what we’re doing – and why – in terms of organizing modern self-building in a professional way, as well as running community projects, educating how to work with different materials. We are distributing power and building bridges between groups through the creation of common interests. We want housing needs to be a collective issue on the local level, and not merely an individual problem for the individual person in isolation.

I’d also like to take the opportunity to draw attention to the connections between the way we go about building stuff in a society and the different types of social and local development that results from these different approaches.  If a society fails to nourish a living ”building culture”, or as it is often called recently, the Baukultur – rooted in a common and widespread knowledge among the people in general, and instead try to make building more “industrialized”, then all efforts of preservation of historical buildings of all sizes will be fighting an uphill battle. There is a deep connection running between who builds and what get’s built, and where.

Moving on to the topic of ”organized building communities” - groups of people coming together to act as developers of their housing - I will give the audience some insight into the development of building communities and cooperative building in Sweden today: where we stand, what is happening and what is going on in the local and national levels.

Finally, we’re currently working nationally on establishing and making visible the connections between different but similar phenomena (building communities, organized self building, co-living and local community development), as they are in reality different strands of a similar philosophy. This is what is more and more often in Sweden referred to as social building. 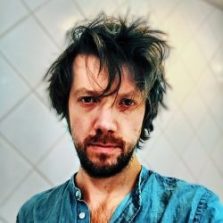 Rasmus Kask is the director of Center for Rural Architecture, a department of Estonian Open-Air Museum since the start of 2020. Before that, he was a researcher in the same organization focusing on the theories of heritage value and vernacular architecture, but also conservation and renovation of traditional kiln-drying furnaces and member of renovation consultant network. He has participated in several applied studies on the values of built-heritage (Lahemaa National Park, Vilsandi National Park, Soomaa National Park, island of Kihnu). Currently he is a doctoral student of Tallinn University, writing on the theme of wooden built heritage discourse and heritage protection practices of Estonia.

Elo Lutsepp is the senior project manager of the Centre of Rural Architecture at Estonian Open Air Museum. She was the head of the centre at 2007-2019. One of her main responsibilities is to cordinate the Network of Heritage Construction Consultants. Her background is the history of architecture. She is a member of ICOMOS and the International Scientific Committee on Vernacular Architecture. Her professional interest is rural architecture and social-economic situation in 1920-1940.

There are various competing definitions of heritage that lead to different focus and types of action of safeguarding. Some claim that as the historical value of the building resides within the materials, constructs and details, then rigorous oversight of conservation practices is the way to go. Some claim that as the owners of heritage objects are private citizens, then their awareness and willingness to maintain their property through granting specialist consultations and financial support is the key to safeguarding. A third, holistic view, is to see heritage not as a task of maintaining single built objects or areas, but to think of the complex network of relations that supports the upholding and transmission of values, knowledge and skills of the past. Heritage is thus seen not as „thing“ or a collection of „things“, but a process. After all – for example –, no amount of finances invested in awareness of house-owners is going to help safeguarding heritage, if the population decline in rural areas will lead to weaker local governments and overall degradation of quality of life, forcing more and more people to migrate to urban areas. So the question remains, how to identify key areas that would best serve the purpose and how to define it in the paradigm of holistic heritage? Presentation is based on a collection of preliminary thoughts and is meant as an open-ended discussion rather than a unified theory coupled with a certain course of action.

During the past ten years the Estonian Open Air Museum has assembled active master builders as cooperation partners. These people are actively working in the field of traditional building either in non-governmental organizations or as entrepreneurs. The museum acts as a mediator, bringing together house owners from different parts of Estonia and their closest regional counsellors. The national network of advisors that consists of experts and specialists from more than 20 organisations was initiated by the Centre of Rural Architecture of Estonian Open Air Museum. The aim of the network is to offer the owners of vernacular (rural) buildings consulting service when they choose to renovate the building(s). At the same time the network give a chance to train less experienced specialists.

On March 13, 2020, a state of emergency was declared in Estonia due to COVID-19 pandemic. Movement restrictions and remote work possibilities motivated many Estonians to leave the urban environment for their country houses, which had mostly been used seasonally. While cultural institutions and shopping centers closed their doors, large construction supply stores remained open. People suddenly had more time for family and home. Renovation projects that had up until now been postponed, suddenly became feasible. Clear evidence of this was the fact the number of counselling requests on social media platforms gradually grew. While large construction companies found themselves in difficulties, small companies, focused specifically on renovation work, were insured with work for a few years to come. And the need of good advise has been tripled since 2019. 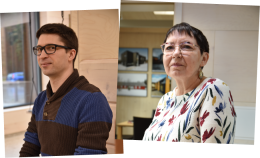 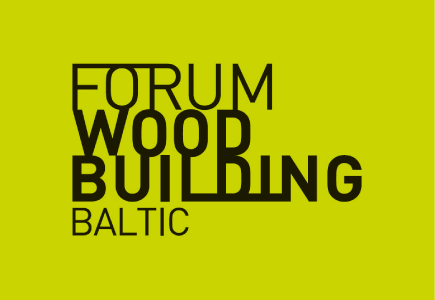